Nobody gets away clean.Dec. 09, 2006France109 Min.R
Your rating: 0
9 1 vote
ActionComedyCrimeThriller

Smokin’ Aces was the official acting debut of Keys and Common. The film is set in Lake Tahoe and was mainly filmed at MontBleu Resort Casino & Spa, called the “Nomad Casino”. It received mixed reviews, and grossed $57 million at the box office. It was followed by a 2010 prequel, Smokin’ Aces 2: Assassins’ Ball, directed by P. J. Pesce and produced and co-written by Carnahan.

When a Las Vegas performer-turned-snitch named Buddy Israel decides to turn state’s evidence and testify against the mob, it seems that a whole lot of people would like to make sure he’s no longer breathing. 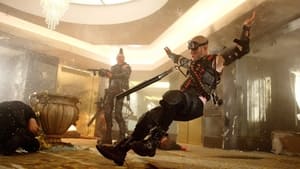